The study of vibrating strings – or any other acoustic phenomenon – depends on a solid foundation of observation and experimentation. Here, we study the tools manually.
When I discovered, with instruments from India, the existence of bridges that allowed the revelation of harmonics, I started a whole research that lasted five years and I created all sorts of bridges using different shapes and materials. Once I better understood this system, I was able to make an adjustable harmonic bridge that could adapt to all types of strings. Several of my instruments are equipped with it, such as the Altars®, the Kotars® or the Tampuras.

While studying sound boards, I wondered one day what would happen if, instead of being fixed to the body of the instrument, the table was attached to the strings in only one place. My experiments confirmed what I had thought: there was an undeniable improvement of the timbres.
I called these suspended tables “resonators”. I made wooden ones, metallic, leather and synthetic ones, each revealing its own acoustic quality. Two of my instruments have resonators : the Orgue d’acier® (Steel organ) and the Tarbass®.

The choice of materials is fundamental when making an instrument’s skeleton. Each has its own mechanical and acoustic qualities that one must become familiar with.  Depending on which qualities it possesses, it will be able to fulfil different functions more precisely. Duralumin for instance can be used in very thin sheet for resonators, or in manufactured solid blocks for parts which have severe mechanical difficulties (string tension mechanics). Considering its low density, it can be used to make mechanic fastenings of a weight that is inferior to 2/3 of steel. Polycarbonate is nearly unbreakable and can be used in narrow widths, for a stretched soundboard (like a banjo’s skin), as in the case of an instrument called EagleTar®. Because of its light weight, even lighter than duralumin, and also because it happens to be an excellent transmitter, I used it rough-cut for the Kotar® mechanics.

I use all types of glues, which each have qualities specifically adapted to a certain function. Traditional glues (made of skin or bone) are best used for gluing wood or animal skin, polymerized glues are best for Plexiglas but also to bind wood and Plexiglas together. For more specific technical uses (assembling pieces that are very much engaged mechanically, or wood and metal liaisons), I prefer using bi-component fast setting acrylic or epoxy glues, and when I need to glue pre-stretched skin I’d rather use fast setting cyanocrylate glues. These new glues are an example of technological advances which allow the binding of materials which was not previously possible. 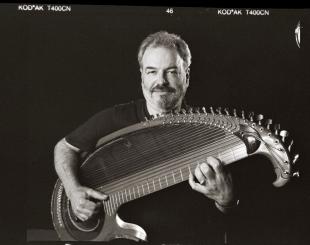 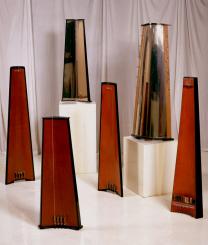 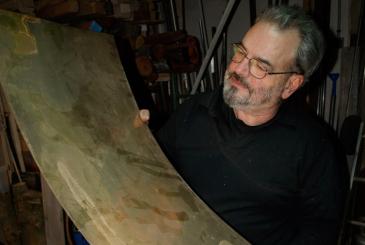 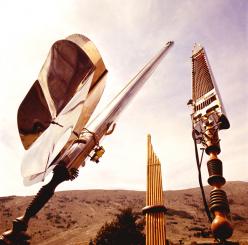 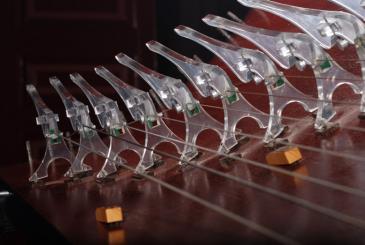 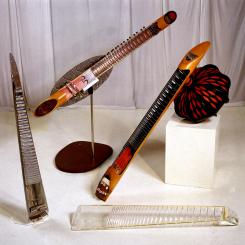 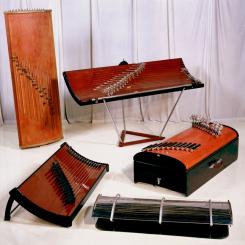 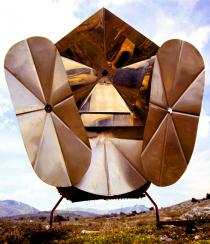 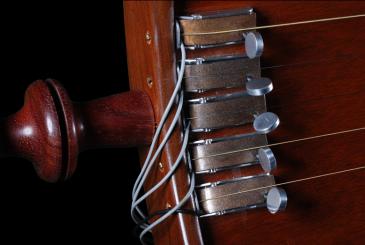